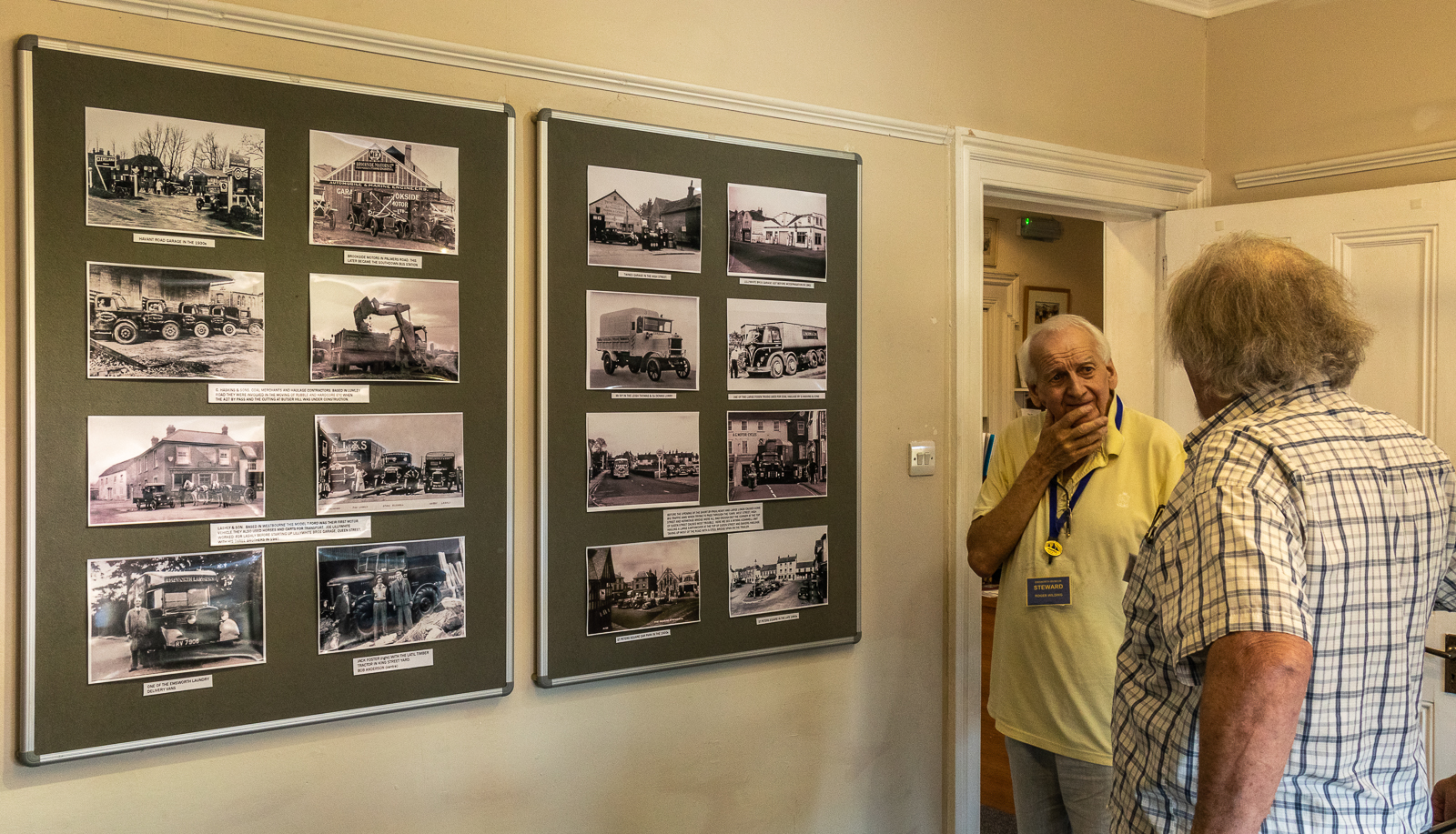 Photographic Exhibition of Transport in Emsworth

The recent photographic exhibition in the EM&HT Museum was an excellent display presented by Bernie Gudge, containing many black and white photographs tracing transport in Emsworth from the late 1800s to 1960. 90% of the original photographs are in the Museum archives, donated by local people over the years. There are over 1500 photographs altogether covering transport in this period, so Bernie chose a comprehensive collection and then skilfully scanned and repaired them in photo-shop. This exhibition took nearly three years to put together.

The photographs are in black and white or sepia and cover a large range of transport in Emsworth and nearby districts. There are many photographs that contain horses and carts, they were used to deliver beer in barrels to pubs such as the Kings Arms in Emsworth and the Harvest Home in Prinsted and the local fire engine was horse drawn for many years. There are several photographs of the post being delivered by horse. Three wheeled bikes were used for pleasure and to deliver goods locally. A large Haskins lorry was identified by one of the visitors to the exhibition – he had once driven for the firm. Vehicles used by Lashley’s from Westbourne were also featured. Not all the methods of transport were used for business purposes. Large open coaches were hired to carry ladies, dressed up in their finery, to the races. There was also a photograph of vehicles caught out by water when the Emsworth Bridge flooded – this still occurs at very high tides. All the photographs were very clear and the exhibition made fascinating viewing,