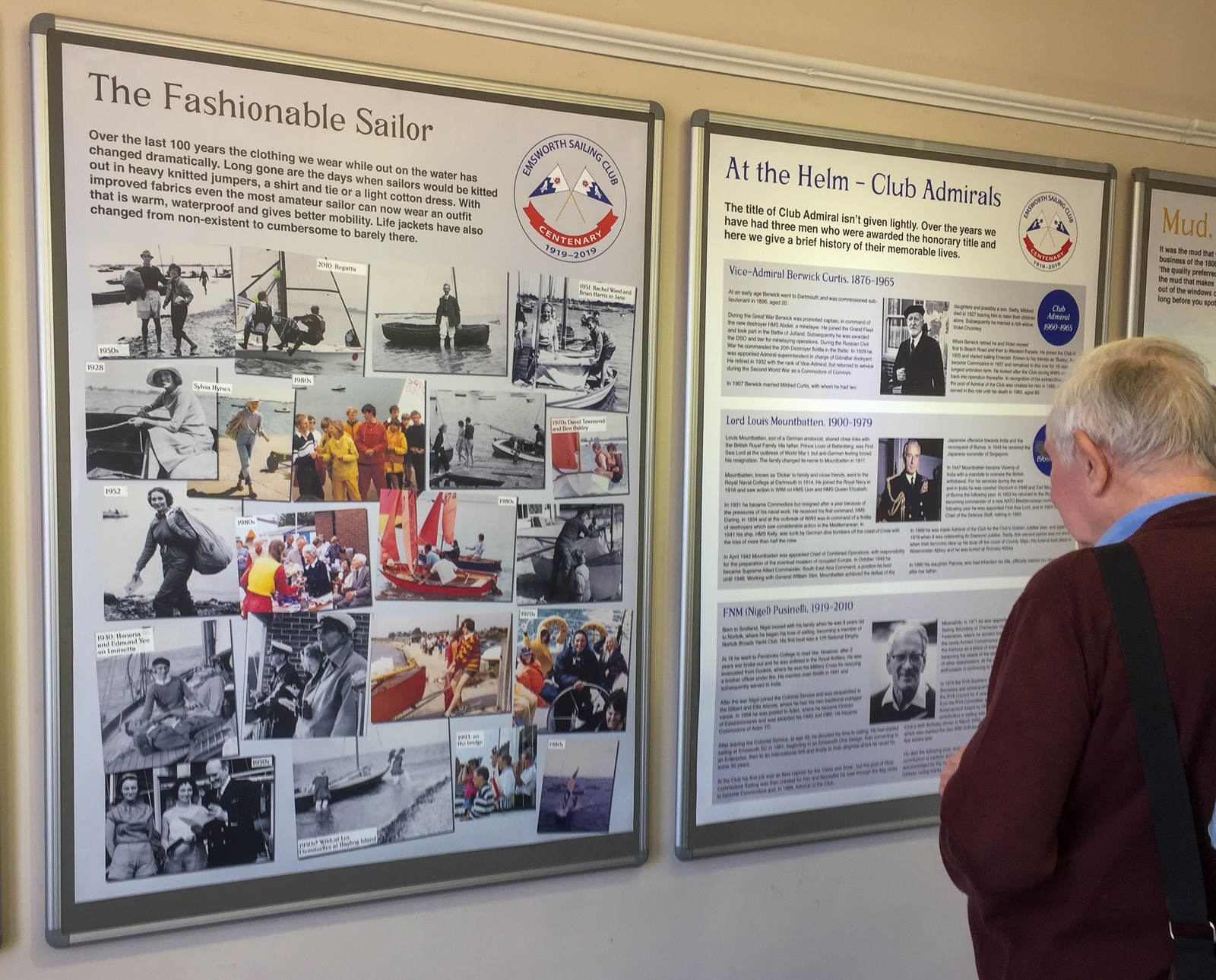 The exhibition in the Museum giving the history of Emsworth Sailing Club from 1919 to the present day was informative and well illustrated with photos taken throughout its 100 years existence.

The original building was bought by Henry Gibb and the nearby old oyster bed was converted into a pool. The Club House and Bath House were purchased from Miss Darcy and Maud Duffield in 1919 for £400. Among the more recent improvements has been the extension of the terrace in 2006, the addition of a Wet Bar in 2013 and an upstairs training room provided for the younger club members.

As sailing in Emsworth became more popular so the number of boats increased. Originally there were fishing boats then in 1919 Sharpie type boats appeared along with Belsey racers. In 1962 the Club members voted for EODS and the boats changed from wood to moulded plastic and included boats such as Fireflys and 12ft Nationals. Today there is an even greater selection of sailing boats. The only time sailing has been suspended was in 1939 for the duration of the War.

Not only have the type of boats changed in the last 100 years as the display board, “The Fashionable Sailor” revealed the change in sailing attire throughout the years. Today’s wear is lighter, gone are the heavy knitted jumpers, replaced by lightweight jackets.

There have been many prestigious members and visitors at Emsworth Sailing Club.   Photographs on display included Vice Admiral Benwick Curtis, Lord Louis Mountbattn who was made Admiral of the Club and his daughter, Patricia, who for the Club Golden Jubilee in 1990 named the dinghy park after her father.

The 100th Anniversary of Emsworth Sailing Club is a prestigious event. However there have been many important celebrations throughout the years and photographs showed the 1979, Diamond Anniversary Ball, the visit from the famous sailor Ben Ainslie and in 2019 the Princess Royal to celebrate the Club’s centenary and unveil a plaque.

Congratulations to those who supplied information and photographs for this excellent exhibition.